Lately I have been surprised at how many times I have seen people/companies with “Press Releases” listed as one of their main SEO strategies. I thought this was an older strategy that was no longer used for “SEO purposes”, but I don’t know everything. So, I thought I would reach out to some of the best of the best in our industry and get their opinions. I asked one simple question:

Can you tell me what you think about press releases as an SEO strategy?

I think the answers can be quite helpful to many in our industry. I want to say thank you to everyone that contributed to this article; your thoughts are so appreciated. I don’t use press releases and never have, and I don’t plan to. I think they are a good way to get more visibility and draw attention to something but I’d rather use social media to get the word out. After Google changed the rules on press releases and warned against using optimized anchor text, I was extra happy that I’d never used them.

I think that people can use them wisely but a lot of the time you see utter crap being done as a press release. If it’s truly notable (like you’ve found a cure for Ebola) then do it. If you’re just announcing that you painted your office door red in order to increase productivity and it made one person show up for work on time 2 days in a row, no one gives a damn.

LinkFishMedia.com [social quote=”A lot of the time you see utter crap being done as a press release.” via=”juliejoyce”] 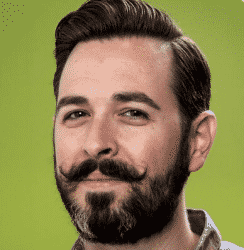 My view on press releases is similar to my view on a lot of marketing & content channels – be the exception and you can stand out in a remarkable way. We’ve done this at Moz with our funding press releases and acquisition announcements, all of which did really well in the tech media.

Co-founder and Wizard of Moz
[social quote=”Be the exception and you can stand out in a remarkable way.” via=”randfish” hashtag=”seo”]

Press releases haven’t been an effective direct strategy “for SEO” in a direct way for almost a decade now. Matt long ago stated as much” – meaning the links from the actual press release site itself has had no direct value for a long time now.

Rae Hoffman, AKA Sugarrae, CEO of PushFire[social quote=”They still have indirect value to your SEO efforts, assuming you’ve done something WORTH sending out.” via=”sugarrae”] I don’t think press releases should be used with the intention of an SEO strategy.

Is that short enough? 😉

RustyBrick.com [social quote=”I don’t think press releases should be used with the intention of an SEO strategy.” via=”rustybrick”] Press releases probably have little SEO value on their face to support your website’s content. Behind the scenes, however, writers still subscribe to press releases. Midsize and small publications still use press releases to auto-populate sites. Think of press releases as reverse targeting, where potentially influential users request feeds by category, keyword, and topic, etc.

Whereas a press release may not garner much page-building punch in the SERPs, when a writer for a newspaper, publisher, media outlet or blog consumes a release, picks up your story and covers your news, THAT mention, citation, Google+ post, link and and associated buzz may well help your business. Potential customers are often impacted by content created by writers that pick it up. News, SERPs and buzz, can easily stimulate sales.

So, press releases can be valuable for SEO, when thought of as stimulating third parties to champion your news. It’s the content third parties create we should aim for. The major caveat is that press releases better cover meaningful business developments well steeped in actual notarially. You can’t wrap a turd up in a bow and expect anyone to give a crap.[social quote=”Think of press releases as reverse targeting…” via=”aimclear” hashtag=”seo”] A few thoughts on this:

Press releases should, in principle, have no direct SEO value. They come under the heading of the following principle I like to talk about for links: “You Can’t Vote For Yourself”. Links are really supposed to represent academic citation level endorsements.

I think that the primary (well, only) SEO benefit of press releases is captured by the attached image I did for an article I wrote a while back. This is an indirect value. If someone picks up the press release and chooses to write about it, then that can work really well for you. Most of my experiences with press releases for search have been with SMBs, and, unfortunately, what that often means is people becoming over-reliant on blasting out every tiny announcement they have and calling it “news”. I think it’s pretty clear at this point that Google frowns on that practice. At best, it’s a problem of diminishing returns. Having 500 links from FreePRPlace.net (invented to protect the innocent) isn’t really going to accomplish more than having 5 links from a site like that, even if those links are never penalized.

Plus, at some point you have to ask – what’s the message I’m putting out to people? If you write a press release every time you successfully order a latte, people aren’t going to take you seriously. At some point, you’ll damage your reputation with mediocrity.

Marketing Scientist at Moz[social quote=”At some point you have to ask, what’s the message I’m putting out to people?” via=”dr_pete” hashtag=”seo”] If you have an established, respected brand then you should only issue a press release if you can honestly say that you have something newsworthy to share. If so, your focus should be on attracting the attention of a journalist first, with any SEO benefits a distant concern.

If you’re a new company–or a very small fish in a big pond–then issuing a press release solely for SEO purposes is acceptable. While you really won’t see an SEO benefit from the release itself, it may still get picked up by an aggregator or blogger that has some “Google juice” to pass on.

CEO of Trackur [social quote=”If you have an established, respected brand then you should only issue a press release if…” via=”andybeal” hashtag=”seo”] 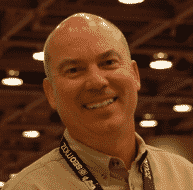 We don’t view press releases as an SEO strategy at all anymore. However, we do view them as a marketing strategy, which we believe SEO has really become anyway. We frequently work with clients to create press releases promoting a single piece of content.

So, instead of focusing on the latest “company news”, we will announce a brand new (and sometimes not so brand new) resource that our client has developed. It could be as simple as an infographic or a free 200 page ebook or maybe a new microsite. If the content has a significant value to a specific audience, we target that audience and announce it via a press release. Bloggers and editors seem to really like this approach and we get some nice pickups from them.

CEO of Vertical Measures[social quote=”We don’t view press releases as an SEO strategy at all anymore. However, we do…” via=”ArnieK” hashtag=”seo”] Should you send press releases when you have a big story to share? Yes

Should your press release contain a followed link? No

Press releases, when done right, are an effective way to reach corners of the media you wouldn’t normally have access to. The sad truth is 98% of people who spend money on press release distribution throw their money away because they’ve:

The simple question I ask myself when crafting a press release is this: if my press release was printed in a magazine as a story, would I take the time to read it and share it with my friends?

The challenge is often finding a “hook” in your story that’s bigger than your immediate problem. Nobody cares that your company just released a new type of scissors that reduces paper cuts! But people would be interested in a story about the hidden everyday dangers of children’s’ school supplies.

The success of your press release is directly proportional to the interest level of you story. However interesting you think your story is, cut your estimate in half and brainstorm more ideas.

That’s how you do a press release.

So, What Do You Think?

Do you think press releases are a part of an SEO strategy? We would love to know your thoughts and experiences.